Get in Touch >>
Ready to be in Good Company? Let’s Connect >>
<< Insights Be in good company | Good Work Videos: Success Stories

As a growing business, Nebraska Furniture Mart was headed to Texas, where everything is bigger. Tasked with telling the brand’s story, the company’s marketing manager, Ashanti Coleman partnered with Todd Keel at WFAA to help introduce viewers to the brand through Good Morning Texas, and then position Nebraska Furniture Mart as a leader in the community through the Voices of Hope campaign.

When Ashanti Coleman started at Nebraska Furniture Mart (NFM) in 2014 as the Marketing Coordinator, there was a building, but no NFM. “The exterior was mostly complete, you could see the ‘Nebraska Furniture Mart’ wording, but inside it was just concrete and framing,” Coleman explained. “It’s been amazing watching the transformation from nothing into the largest home furnishing store in America.” In March of 2015, she was able to help open the fourth – and largest –  store location which is the first NFM in Texas.

As the company grew, so did Coleman’s role, being promoted to the Marketing Manager and tasked with increasing market awareness within Texas. That’s where TEGNA’s WFAA comes into play. Todd Keel, an Account Executive at WFAA, suggested that Coleman and NFM appear on Good Morning Texas (GMT), the station’s lifestyle show, to help introduce its viewers to the brand and increase awareness.

“We’re very big on making sure people know that we are here in Texas, says Coleman. “Being able to invite people into NFM through the Good Morning Texas takeover was just a really great marketing and branding opportunity for us, and I really loved working with the GMT crew. They make me feel at home when I’m with them.”

Better yet, the Good Morning Texas takeover was viewed as a big success for the furniture brand. “It really brought people into NFM whether they had been here or not,” says Coleman. “We were able to tell our story of who we were, why we came to Texas, what it means for us to be in Texas.”

But the story is much more than selling furniture. By participating in The Voices of Hope campaign with WFAA, NFM was able to provide a positive example of optimism to the community during such a difficult time. It’s also an example that Coleman’s young daughter can look up to.

Colemans part in WFAA’s Voices of Hope meant so much more than promotion, it also means expressing community compassion and togetherness,” said Keel. “The campaign gave NFM a chance, through Ashanti, to provide a beacon of empathy, strength, and togetherness as we all faced the new challenges brought from the arrival of COVID-19.  She serves as an example, not only to Dallas Fort-Worth but to her daughter, that we can do anything.”

Sound Good?
If your brand is looking to grow into new markets, contact us today to learn about how we can help your brand achieve its goals. 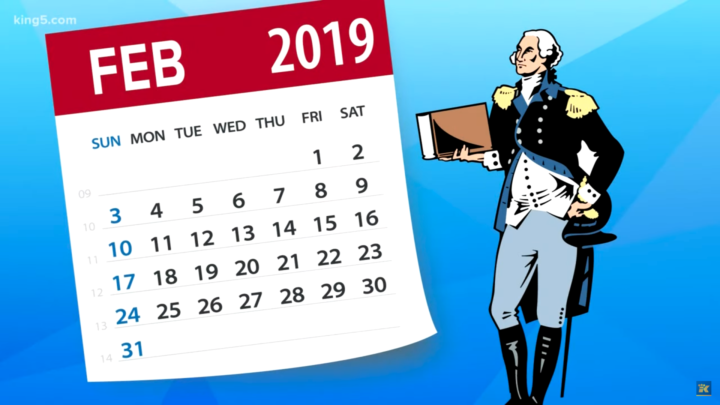 How Presidents’ Day Became a Day of Big Sales