At TEGNA, Be In Good Company isn’t just a tagline. It’s something our 64 stations strive to be every day, and WWL’s coverage of Hurricane Ida is the perfect example. Candace Harralson, Director of Marketing at WWL, is here to explain how the Louisiana station and TEGNA as a whole, came together, not just for the community, but for each other.

At TEGNA, Be In Good Company isn’t just a tagline. It’s something our 64 stations strive to be every day, and WWL’s coverage of Hurricane Ida is the perfect example. Candace Harralson, Director of Marketing at WWL, is here to explain how the Louisiana station and TEGNA as a whole, came together, not just for the community, but for each other. When Hurricane Ida hit Louisiana in late August, TEGNA’s WWL became the embodiment of what it means to be in good company. As the storm raged across the state, WWL was the only station to remain on the air, uninterrupted, and the team remained dedicated to providing coverage, spending nights sleeping under desks in the office for more than 10 days.

It just goes to underscore TEGNA’s dedication to serving the greater good of the community.

“I think it’s important to remember that we were also part of the storm,” says Candace Harralson, Director of Marketing at WWL. “People that were here working and living in the station also had really significant damage to their homes, and so they would be out there shooting and reporting, then run back to check on their homes.”

“There was that commitment to the community and commitment to providing that information, that kept them going. It was so incredible and humbling to work alongside these folks that are just so dedicated.”

On top of that, TEGNA sent out reporters from sister stations like CBS8 in San Diego and News Center Maine to help keep everything afloat.

What WWL provided to the community was invaluable. Leading with facts, not fear, coverage had a tone of trust and reassurance. Before the storm hit, Harralson says they ran spots “ad nauseum” with a QR code to download the app to keep the community up-to-date with important information. The spots also included Facebook, YouTube, Fire TV, and Roku logos, where live coverage could be viewed.

“When we have a threat to our area, whether it’s a tropical storm, tropical depression or hurricane, our chief meteorologist and our weather team tell people that they can get information and updates on our app, that you can trust our team, and that we’re working around the clock.”

These spots were vital and led to unprecedented viewership during the storm. The station saw more than 13,000 app downloads, with nearly 190,000 viewers in the app. YouTube was also a main source of viewing, with more than 7 million views on the platform, the day the storm hit.

“A lot of people in the area evacuated and they were watching our content on their phones. I’ve heard from a few people who didn’t evacuate and didn’t have power. They would charge their phone in their car and would watch us on the app or YouTube,” says Harralson. “Sixteen years ago with Hurricane Katrina viewers didn’t have this option, but this is the new way.”

Harralson adds, “In storms like this, you realize that it really is that super utilitarian information that people need and want. Where can I find water? When is the power coming on? It’s very basic vital information, but it’s so important, and that is the nuts and bolts of what we do.”

Another unique aspect of WWL’s storm coverage is the Mobile Forecast Center, which is sponsored by Nissan, and was broadcast live on YouTube. In these segments, the mobile forecast center drives around providing local coverage. “People just want to see like their neighborhood, they just want to see what’s happening, so this aspect was extremely popular,” says Harralson.

WWL is still showing its dedication to the community. Like TEGNA’s stations in Texas fundraising for relief efforts, WWL partnered with the United Way to raise nearly 3.5 million total (with 2.5M in monetary donations and 1 million in-kind supply donations.)*. This partnership also includes spots including players from the New Orleans Saints – including WWL’s Hometown MVP Demario Davis – to help the cause for long-term relief efforts.

“It was an emotional time, but we rode out the storm and lived in a bunker for more than a week,” says Harralson. “It was so gratifying to know that we were able to get important information to the people, but that’s what our company strives to do. It all speaks to being in good company.”

Contact TEGNA today to find out how we can improve your brand’s marketing strategy.

*The in kind donation was a large corporate donation of supplies. 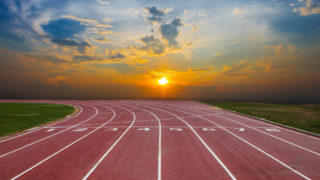