The countdown to Christmas has begun at TEGNA’s FOX54 in Huntsville, Alabama. Starring the inspirational Bob Boyer, also known as the Hunstville Santa, TEGNA is not only spreading the joy of the holiday season, but extending those feel-good moments to brands and sponsors like Pepsi.

The countdown to Christmas has begun at TEGNA’s FOX54 in Huntsville, Alabama. Starring the inspirational Bob Boyer, also known as the Hunstville Santa, TEGNA is not only spreading the joy of the holiday season, but extending those feel-good moments to brands and sponsors like Pepsi.

With the holidays fast approaching, millions of children all across the country are counting down to the days to Christmas – and so are local news stations and sponsors.

In a partnership with Pepsi, TEGNA’s FOX54 in Huntsville, Alabama, is also counting down the days. But what makes this countdown special is its star: Newscast Director Bob Boyer, also known as Huntsville Santa.

Boyer’s story is unique in that as a heart transplant recipient, he vows to make the most of each day. That work includes advocating for organ donation with Public Service Announcements airing on FOX54. But bringing joy – especially during the holidays – is Boyer’s favorite way to fulfill his mission.

“With my heart transplant, I woke up and I got a new lease on life,” says Boyer. “It’s the biggest blessing I’ll ever get in my life and I’ll never be able to repay it. But I’m trying to do as much as I can, and the Santa thing is just a small part.”

Not only is Boyer’s Santa the central figure to the station’s Countdown to Christmas, but also its Santa Tracker on Christmas Eve. He also collects for the Salvation Army’s Red Kettles every year. Even at the height of the pandemic in 2020, Boyer hosted a Facebook Live Christmas in July to give hope to families stuck in quarantine.

“Santa’s Countdown to Christmas has been a way for the station to connect to our audience in a very personal and heartwarming manner. The traditional and nostalgic portrayal of Santa Claus by Bob Boyer resonates with our viewers and community,” says Dean Jones, FOX54’s Director of Marketing. “In our mission to serve the greater good of our community, building these types of connections with our audience is key.”

“He just brings all of that passion and love for what he does into the building. That’s just his whole being, and it comes across in everything that he does,” says Carrie Yates, Director of Sales at FOX54. “And it is not seasonal. He’s a big piece of the community because of the things that he really cares about and that’s very much tied to this television station.”

Boyer has also caught the attention of many local sponsors.

“As soon as I started doing Santa professionally, I was asked, ‘Can you do a spot for a car wash? Can you do a jewelry spot?’” recalls Boyer.

“With spots like these – at least in our area – it’s all about the recognition of the Huntsville Santa. People know who he is and people know that he is a part of our TEGNA family,” says Yates. “From a business and branding perspective, Huntsville Santa offers an opportunity to align with FOX54 and to bring your family the very best feelings this holiday season.”

Thinking of how you might amplify your brand’s holiday feel-good moments? Let’s get in touch. 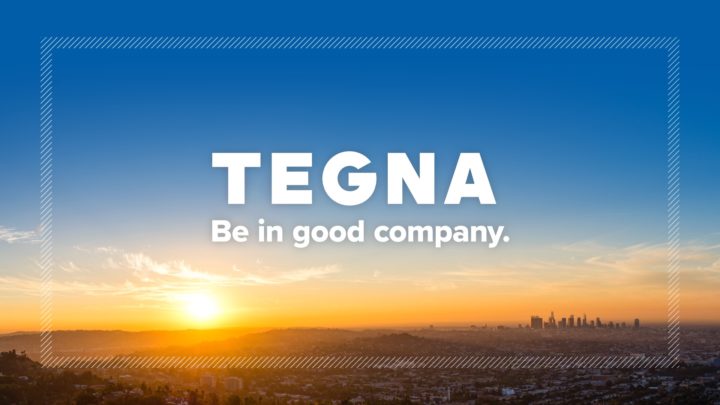 Year in Review: Celebrating The Good People at TEGNA